The 1971 124 Spider brought the first of several engine displacement increases for the model.  While in Europe buyers could choose between the 1438cc and the 1608cc engine, nearly all US bound 1971 FIAT 124 Spiders had the larger engine.  The period articles praised the new engine for added torque and thus making the Spider easier to drive.

In other markets the 1608cc engine sported dual carburetors and was rated at 110 horsepower, but in the US the engine had to meet emissions standards, so it had a lower compression ratio and a single carburetor.  It was still rated at 96 SAE HP, which was considered respectable for its size.

The one detail that was changed only in the US model 1971 124 Spiders was the taillights.  They were changed to a wider design only for a year and a half, making these taillights very hard to find today.  The main red lens was one piece, with a separate small backup lens.  A curiosity of the 124 Spiders with the 1608cc engine is the tachometer that reads to 9000 rpm, while all others read to 8000.  The redline was at 6500, but this engine was capable of safely achieving speeds over 7000 rpm.

The US mandated side marker lights were simplified for the 1971 FIAT 124 Spider and the same size lens was used until the end of Spider production.  The gas pedal was now top hinged instead of bottom hinged, following the general trend of the 70s.

The 1971 Spider is considered one of the best model years to have, as it still retains the clean look of the original design, yet has the desirable 1608cc engine. 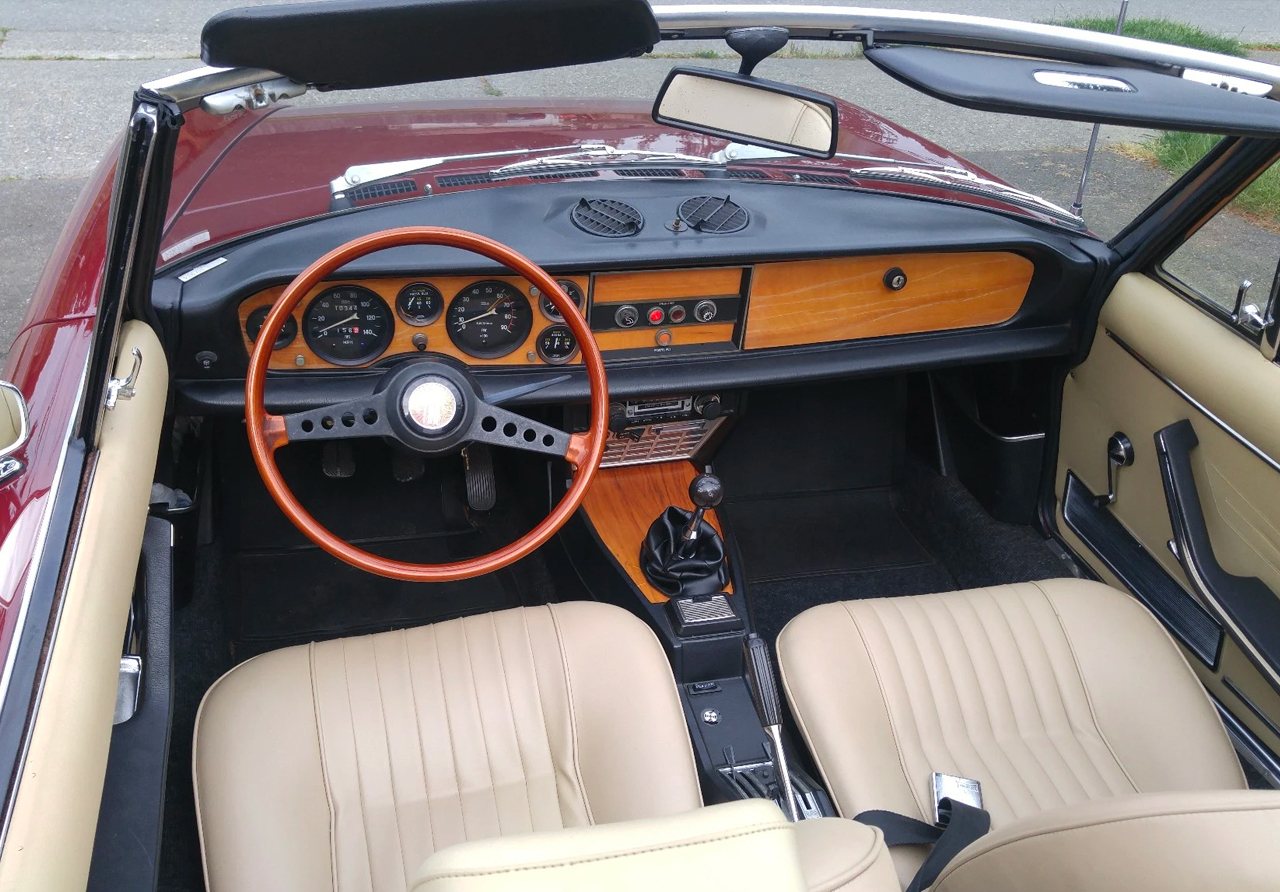 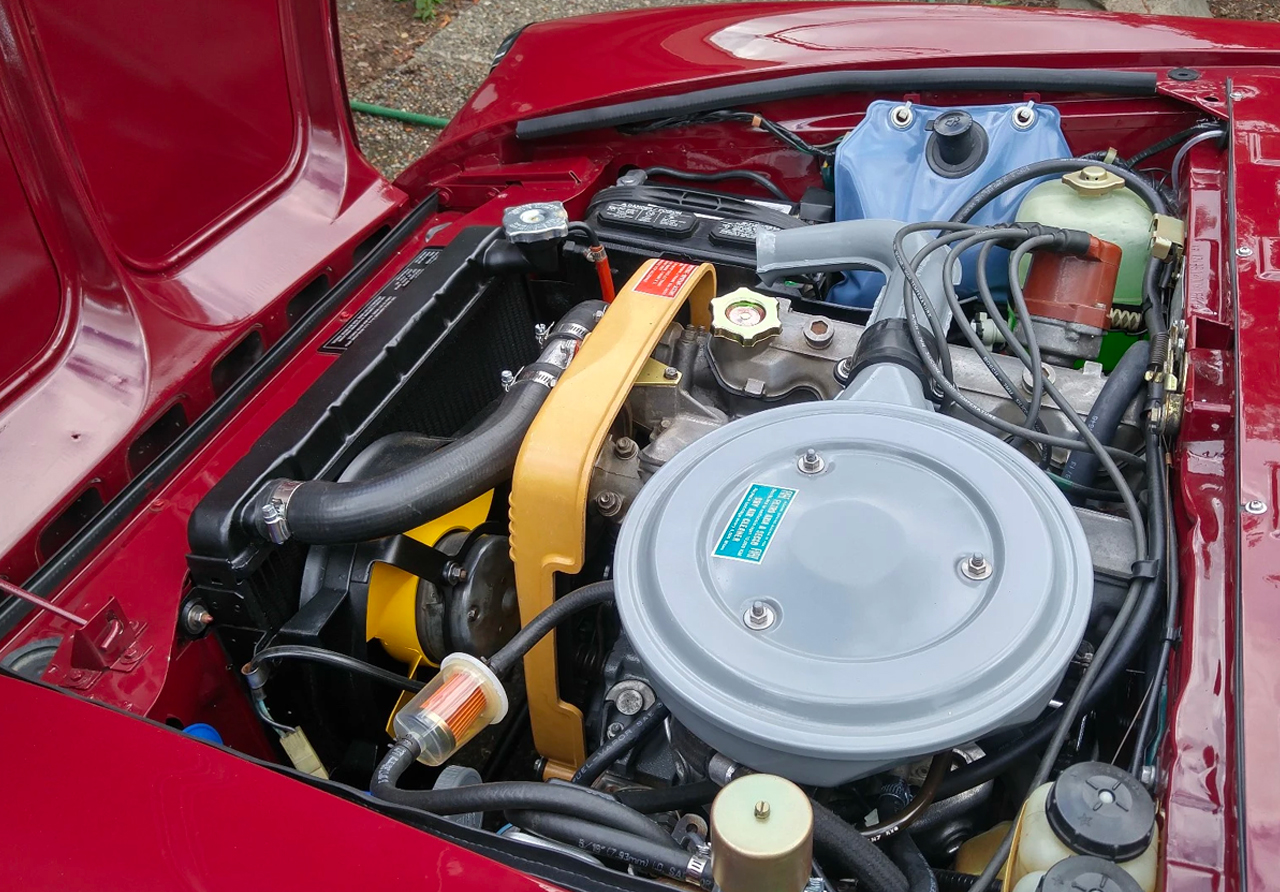 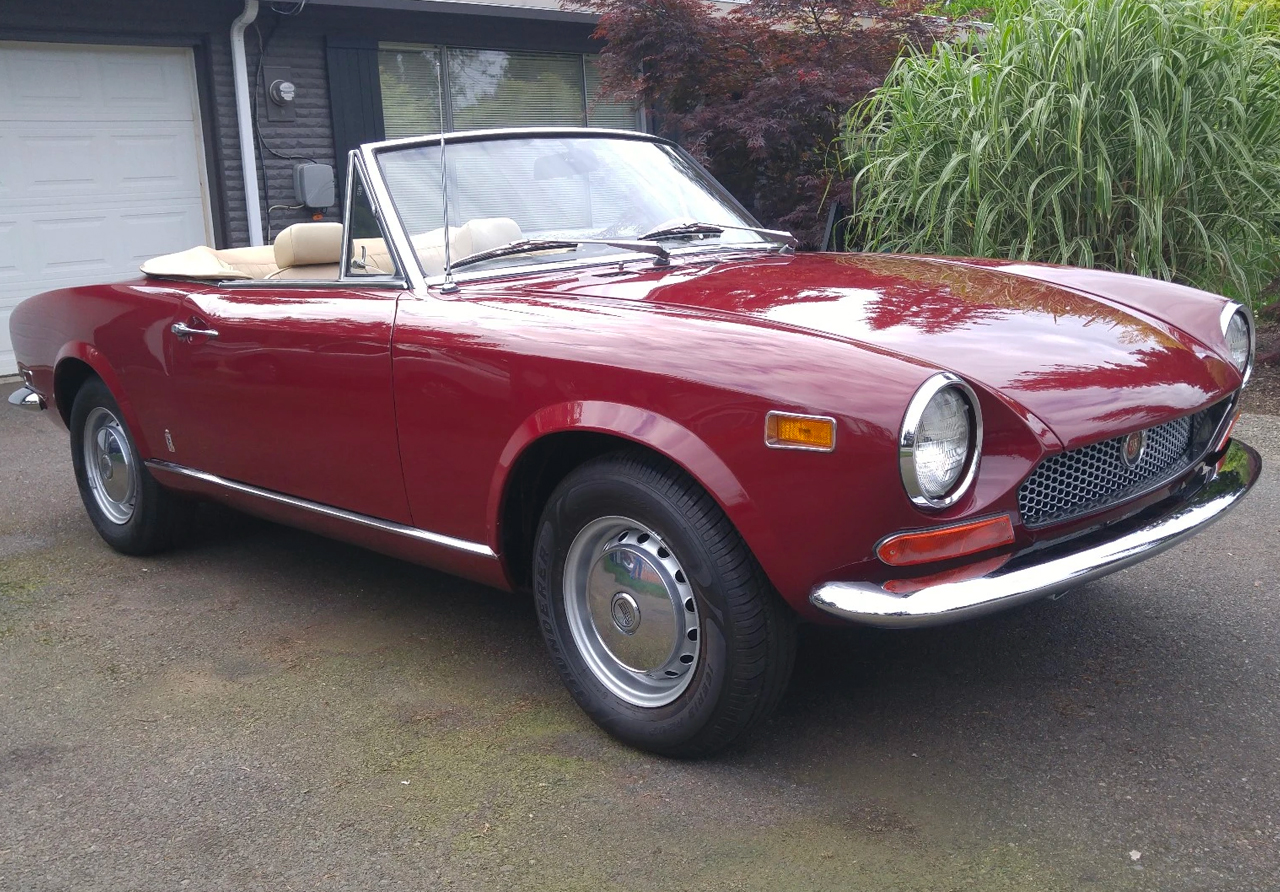 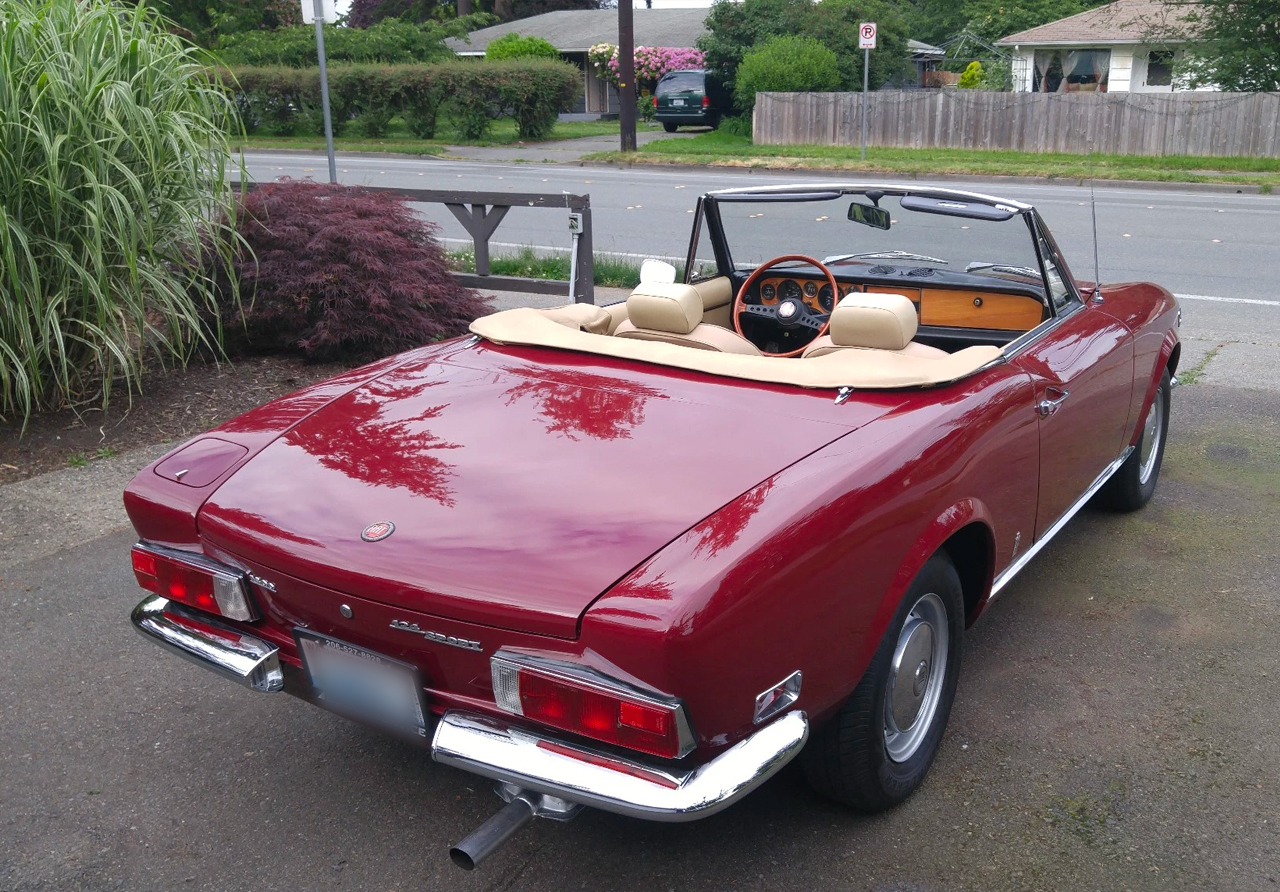