The 1978 Spider were nearly identical to the late 1977 Spiders, when FIAT made a lot of small changes.  The alternator was moved to the driver's side and an internally regulated design was adopted.  The oil pressure gauge was deleted and the air horns were replaced by regular electric horns.  The emission control system was altered (the engine’s power and torque ratings did not change) and the electric relays that were previously in the engine bay were moved inside the car, to under the glovebox.  After five years of production the 1978 FIAT 124 Spider was the last year of the 1800 engine, and many believe this is the best of the 1800s, as FIAT fixed several of the problems from earlier model years.  Some late production 1978 124 Spiders started acquiring a few of the features of the Spider 2000 (1979-1985), namely the external door handles, shoulder belts and the newer style rear differential.

In case you are ordering parts relating to those components for your 1978 FIAT 124 Spider, please check which style you have before ordering. 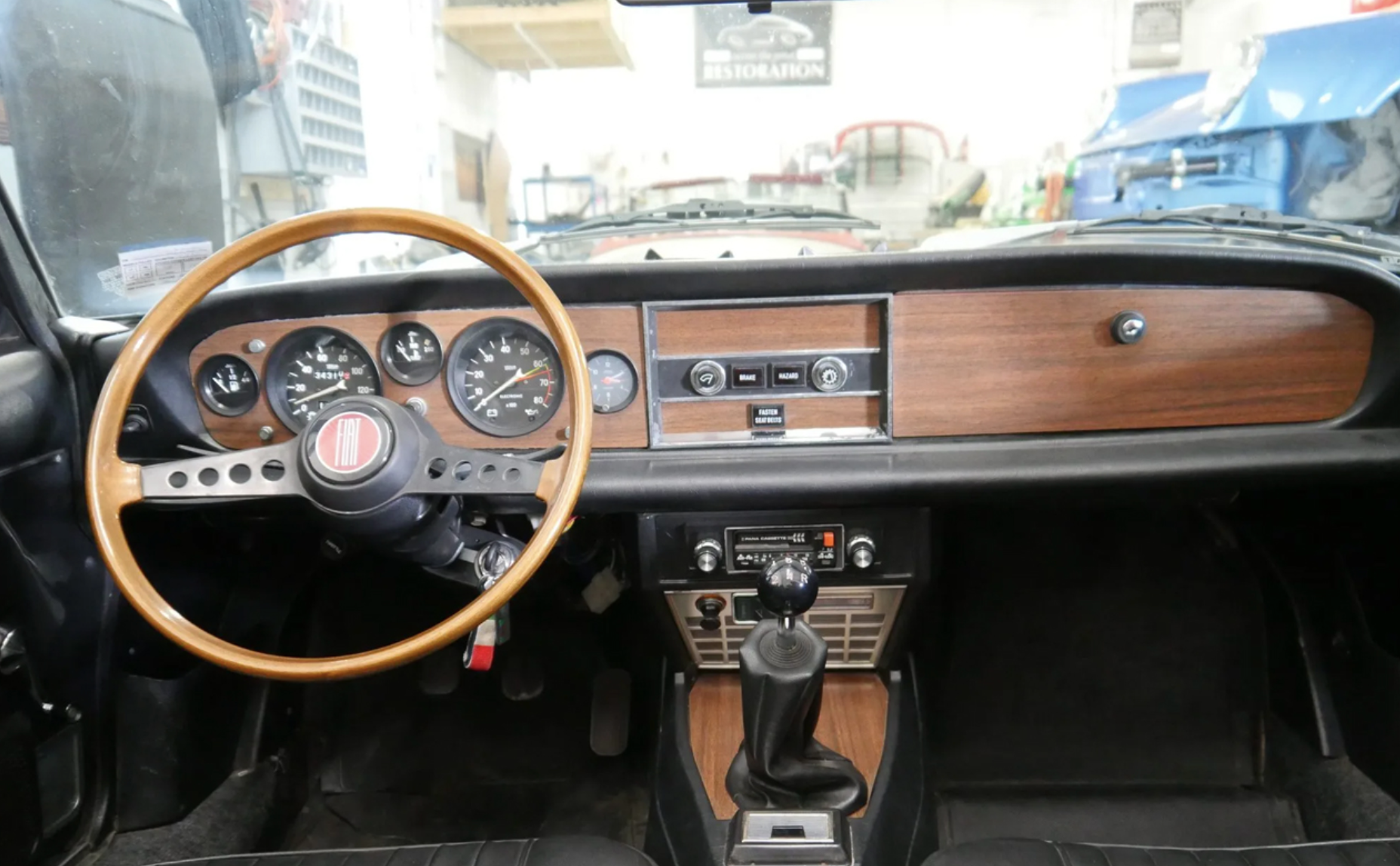 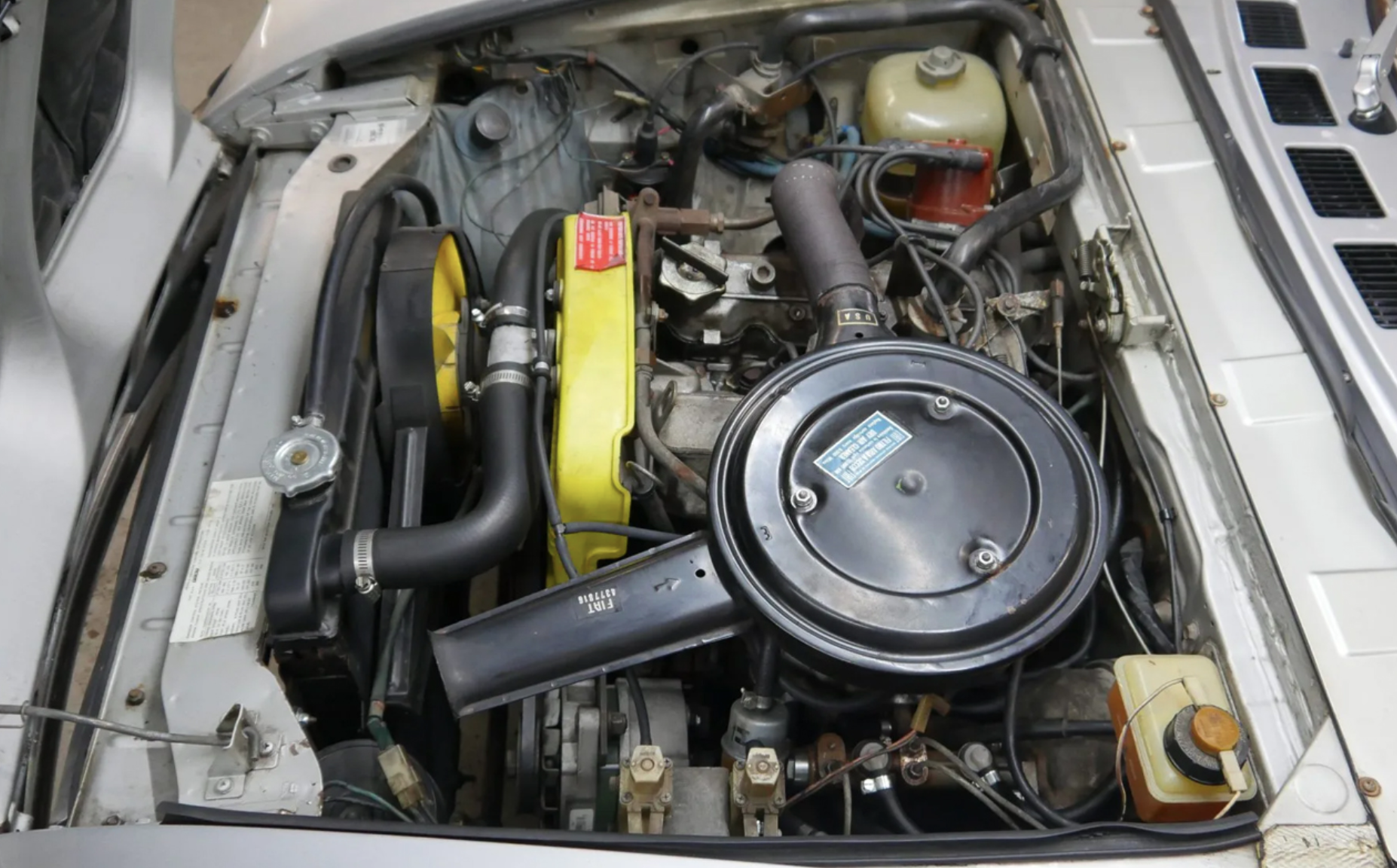 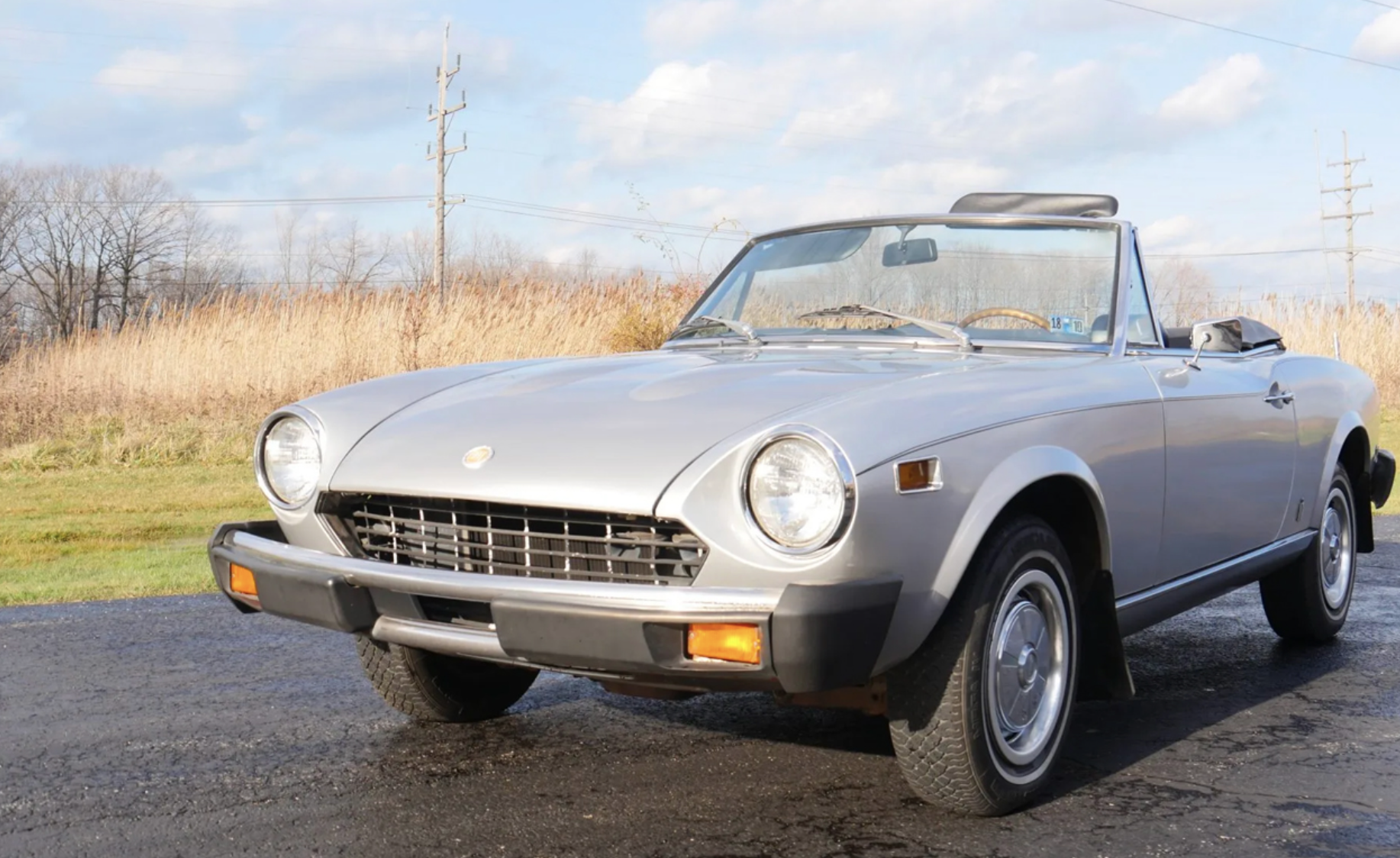 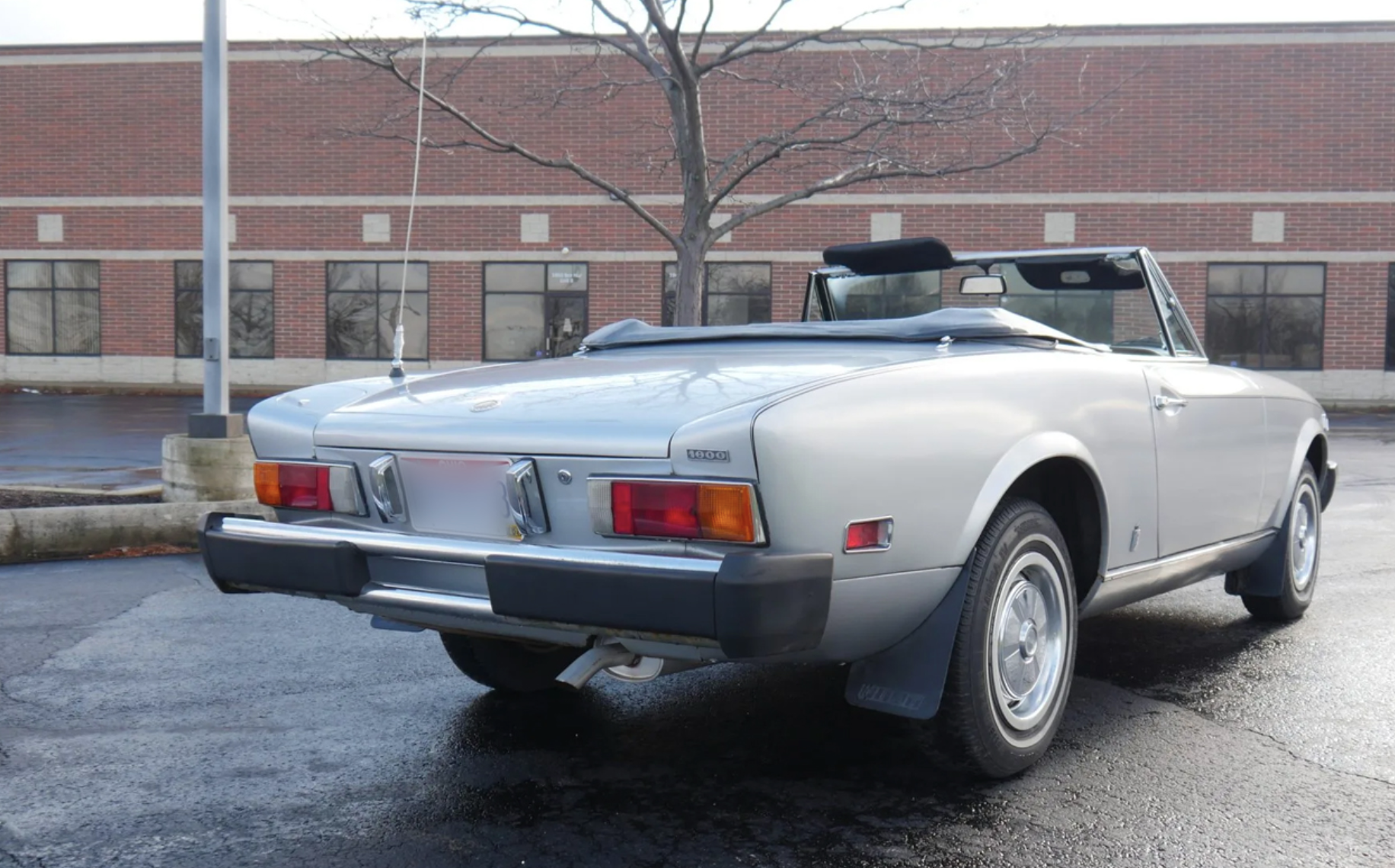 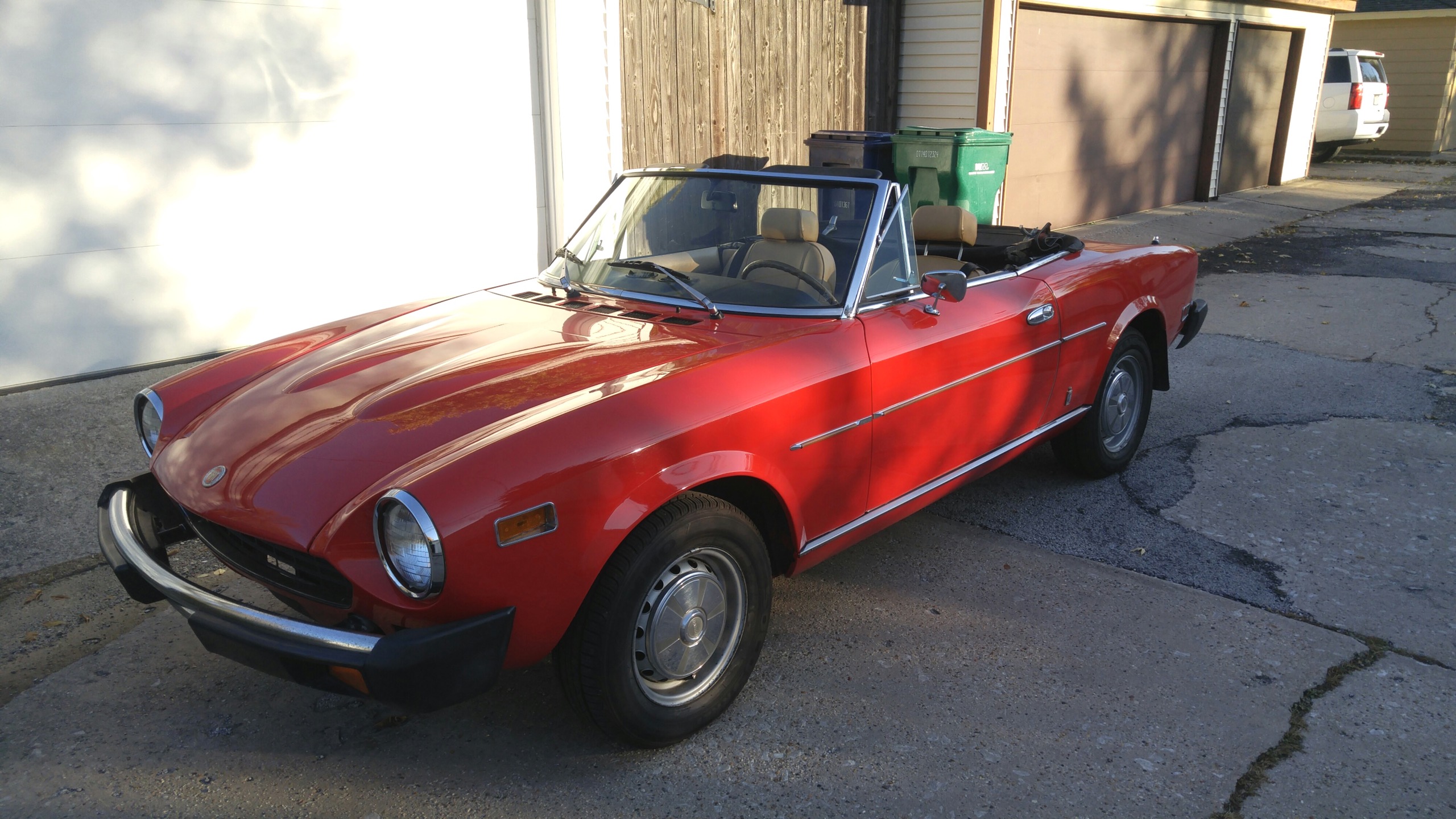 The Spider above is an example of one that got the newer style door handles but still had the 1800 hood and other details. This is a rare sight these days.