1973 brought a new engine family to the 124 Spider.  While there were still a few models with the old 1608cc engine sold at the beginning of the model year, most of the 1973 production had the new ‘132’ family of engines in 1592cc and 1756cc displacements.  The latter was only available in North America for the next model year, but buyers in Europe could choose between the two displacements.

This new family of engines allowed FIAT to use larger displacements, as the old engine block was maxed out at 1608cc.  The 132 series was slightly longer and allowed for displacements up to 2 liters.

The US model 1973 124 Spiders had a new bumper arrangement as FIAT prepared for the stringent 5-mph standard.  Instead of being bolted straight to the body, the chrome blade bumpers were connected via rubber blocks and they were set farther away from the body.  The over riders were now placed right in front of the bumper mounts, making them more effective.

The rest of the interior and exterior remained unchanged save for a few details, like a new grille and hubcaps with the newer style FIAT emblem, with the letters FIAT in slanted blocks.  This new series of Spiders were designated ‘CS’. 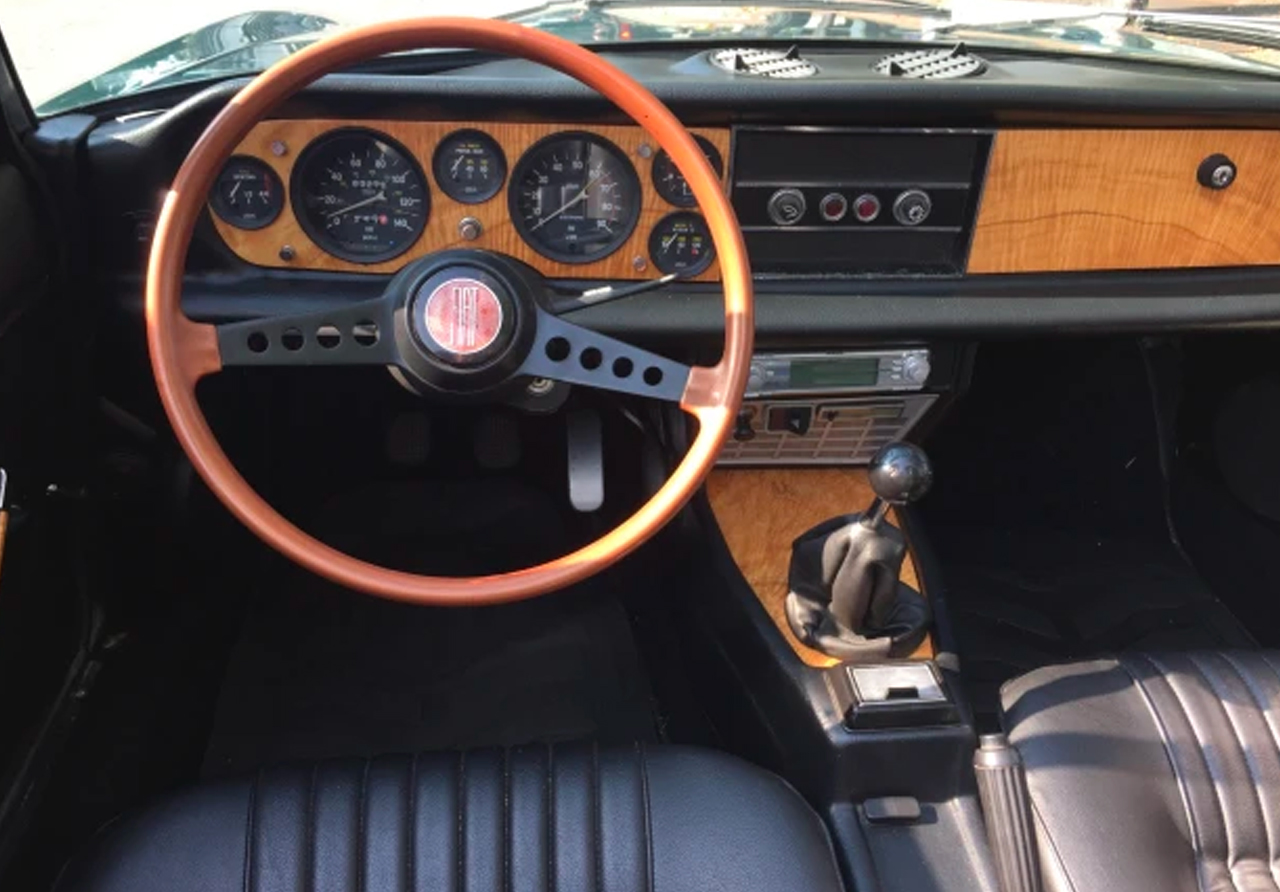 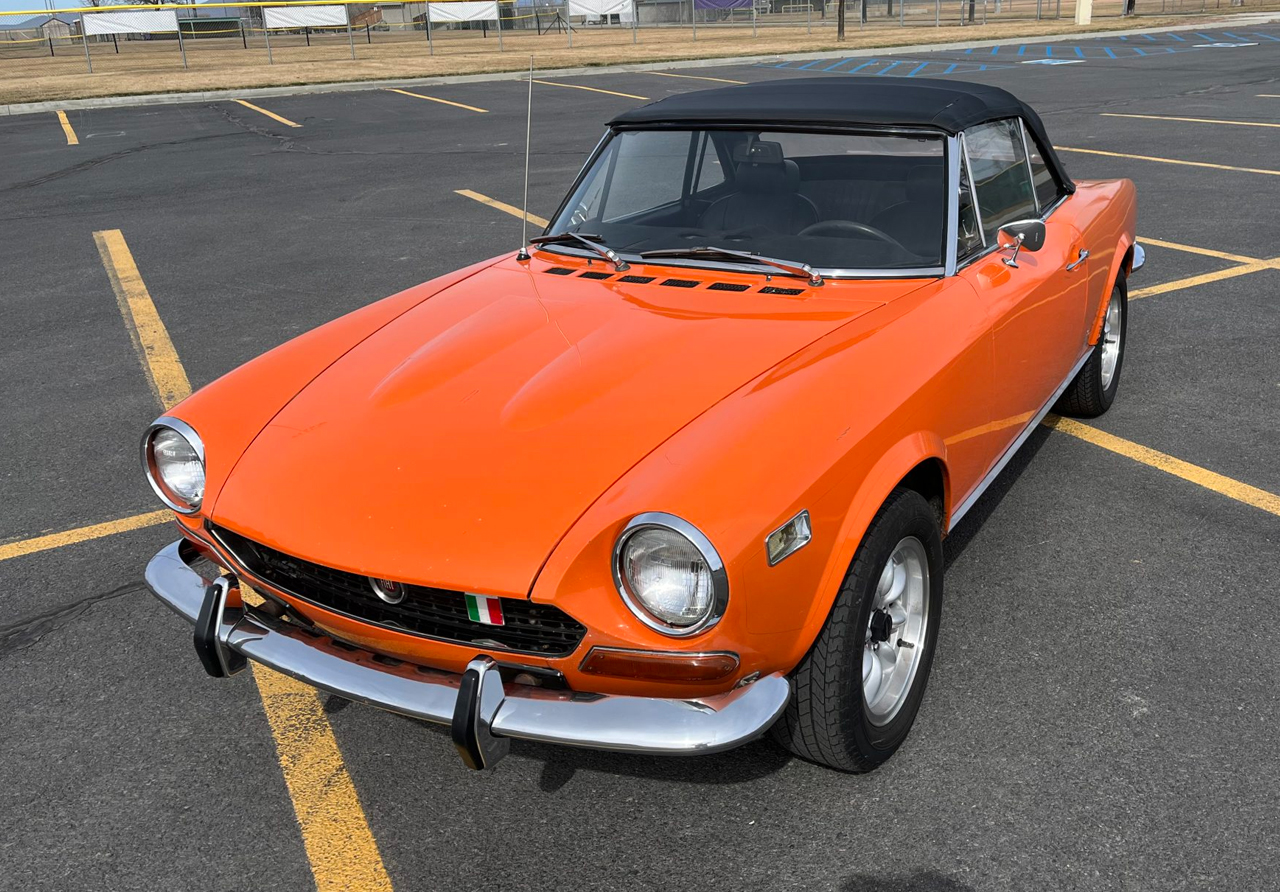 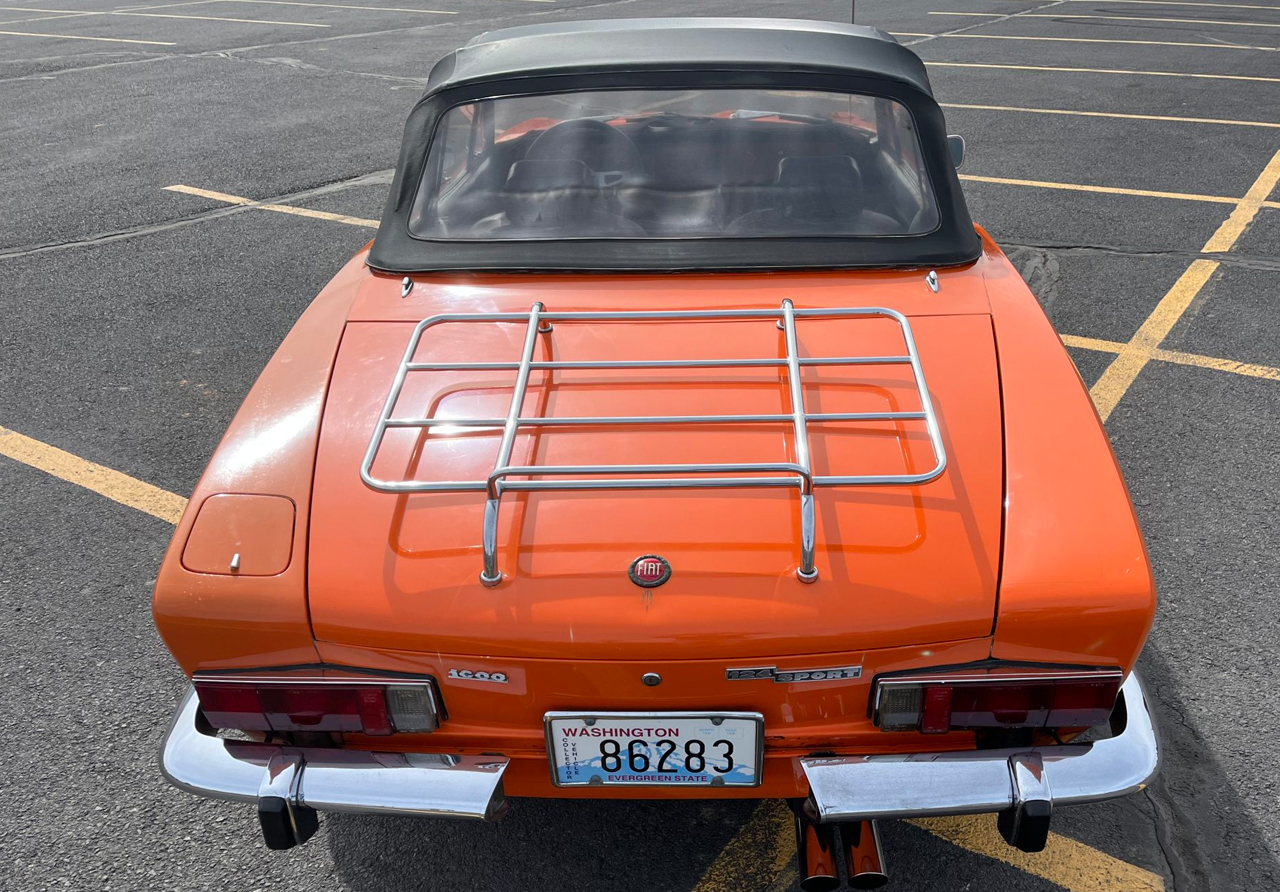