The outward appearance of the 1974 models were the same as the previous year, except the California and Maryland versions had large rubber blocks instead of overriders, making for a somewhat unusual look.   The European models retained the same bumpers as before.  The 1974 US model was the first one to use the 1766cc engine and include a host of new exhaust emissions equipment, such as exhaust gas recirculation and air injection.  Still, the 1974 US model Spider had a fairly large carburetor (Weber 34DMSA) and a twin downpipe exhaust, so it made fairly good power and torque.  These models were designated as ‘CS1’. 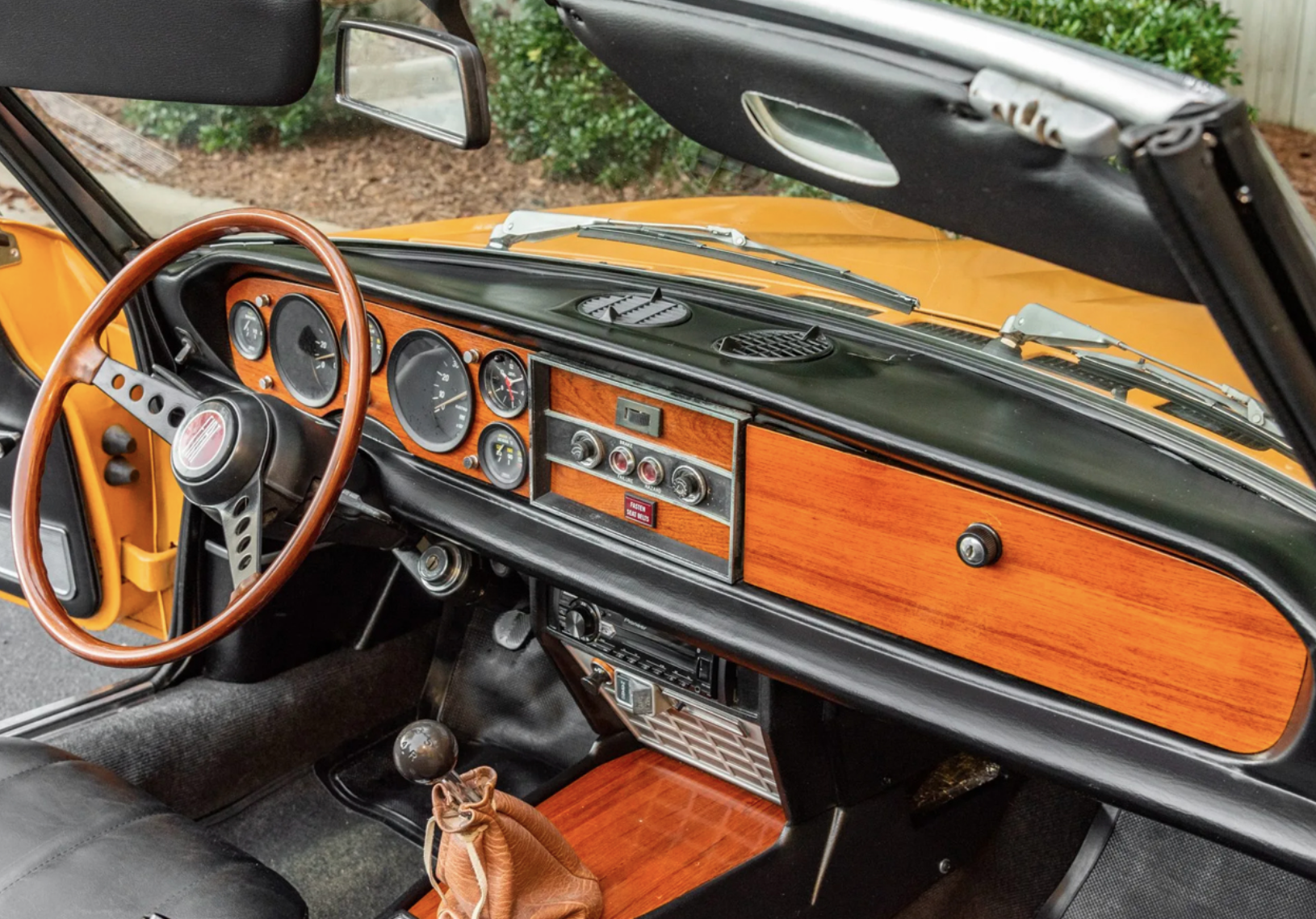 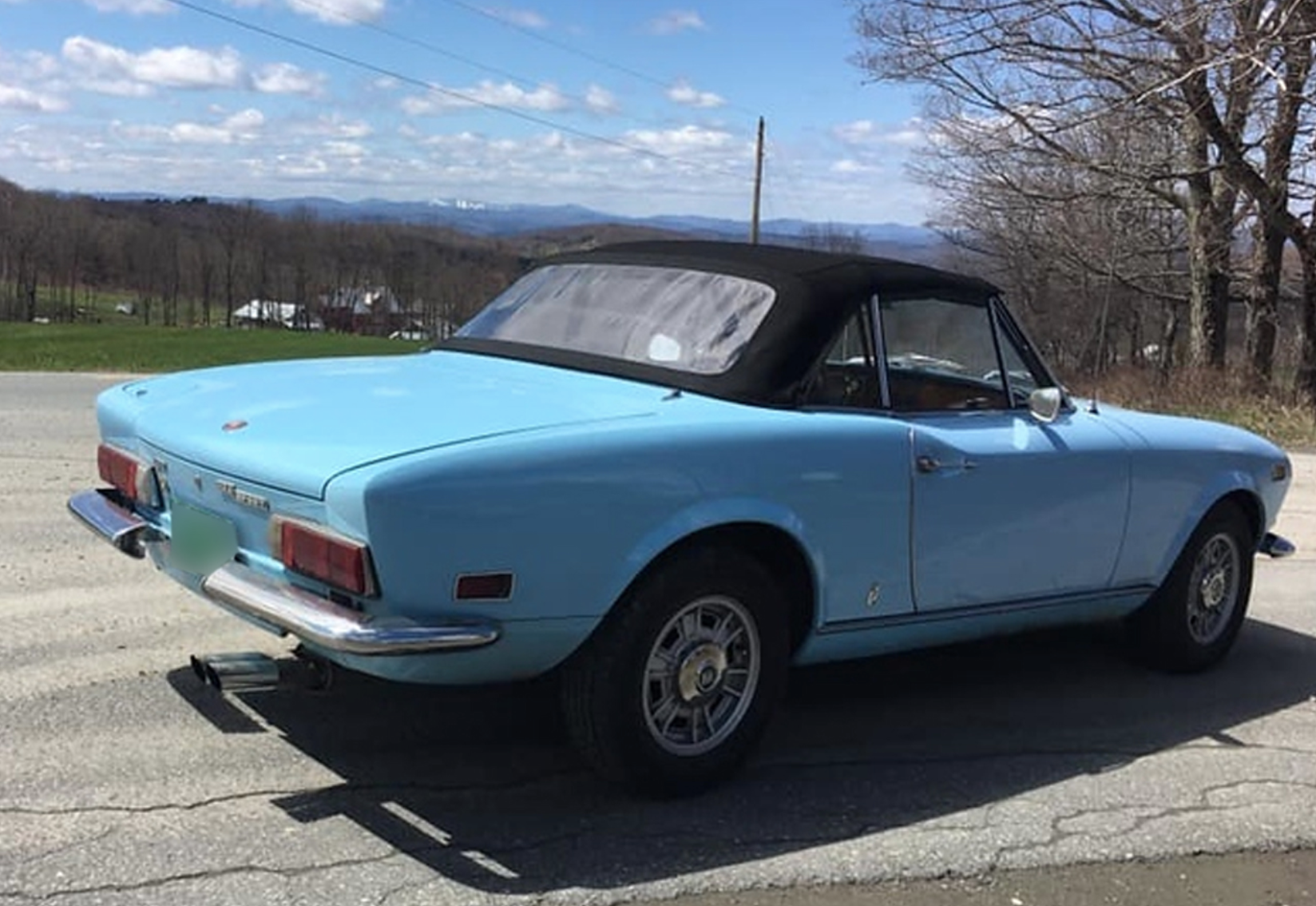 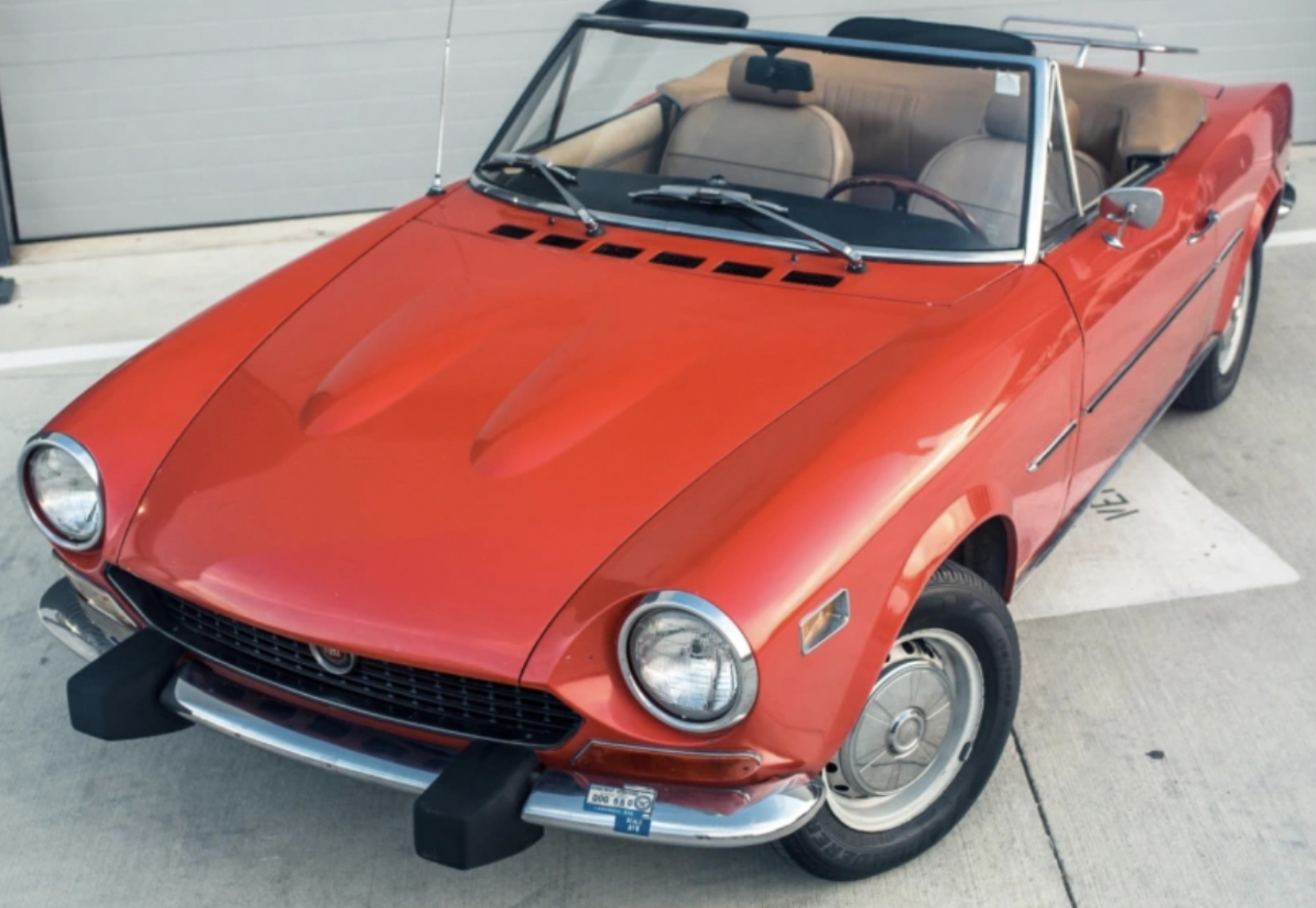 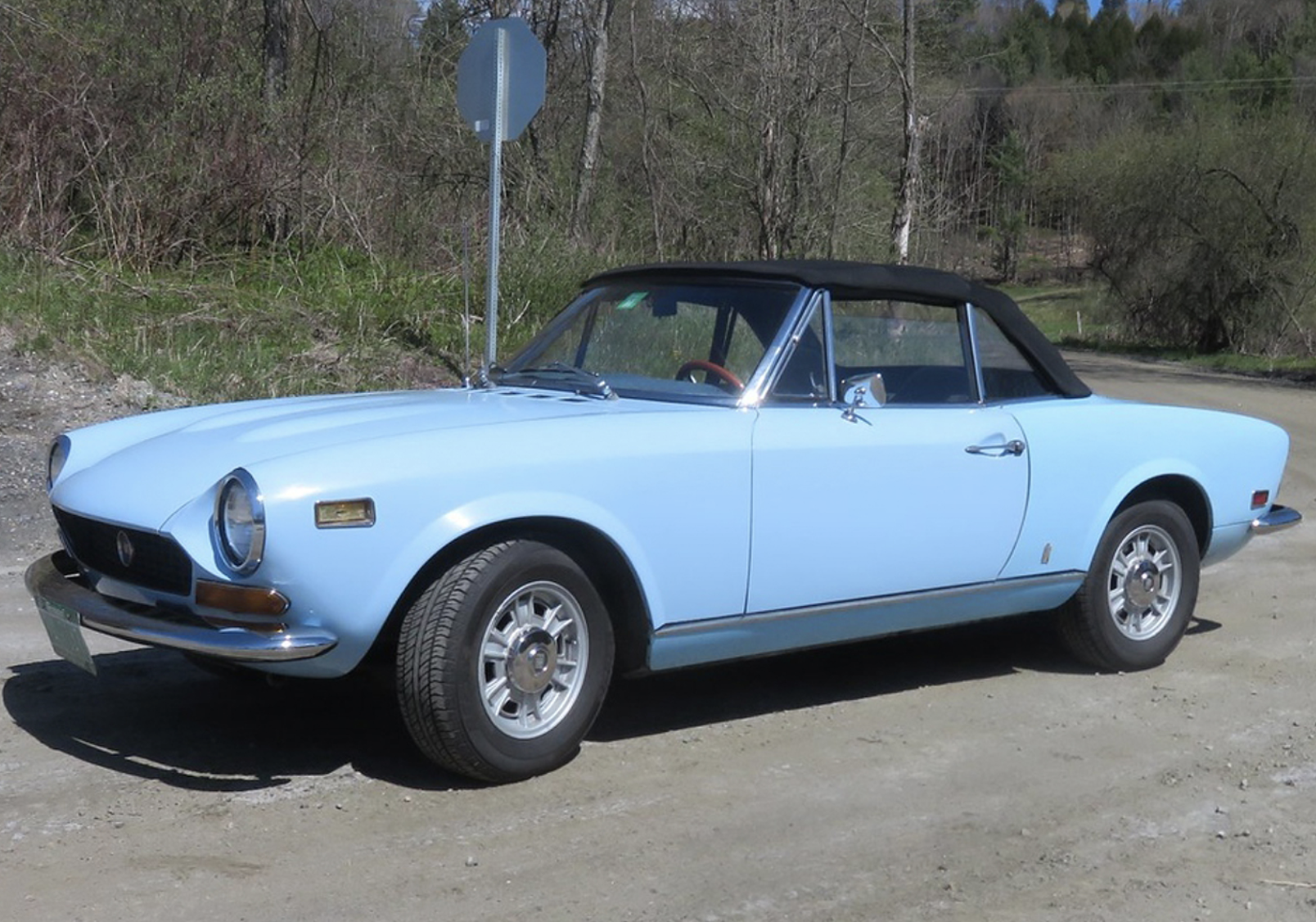